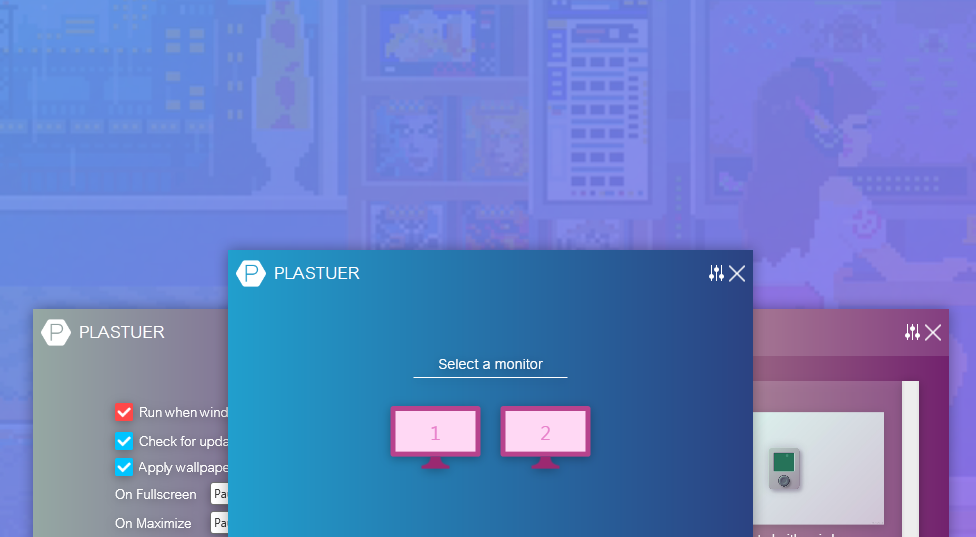 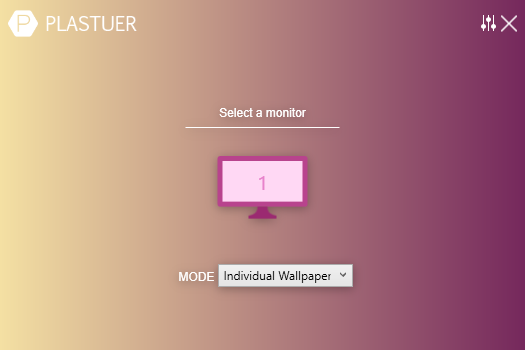 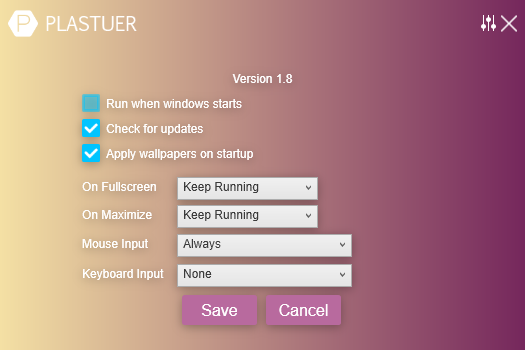 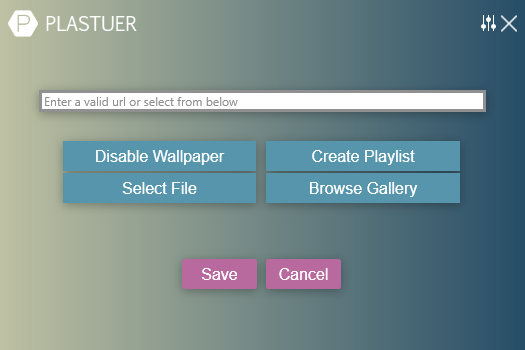 Plastuer is a Windows application for setting GIFs, Videos, and WebPages as your wallpaper

The features and functionality
takes it to the next level!
Powered By Chromium
Using Chromium's open source browser, your wallpapers can support HTML5's Canvas, CSS3 Animations, and WebGL.
Gamer Friendly
Plastuer automatically detects fullscreen and maximized applications to pause animations when playing games.

Set it and forget it
Plastuer automatically runs when your computer starts and sets the last wallpapers you saved.
Compatiblity
Plastuer supports GIFs, Videos, DreamScenes, WebGL, WebPages and even regular images.
Information

Windows 7 DreamScene Activator
This site uses cookies to provide you with a great user experience. By using this website, you agree to our use of cookies.